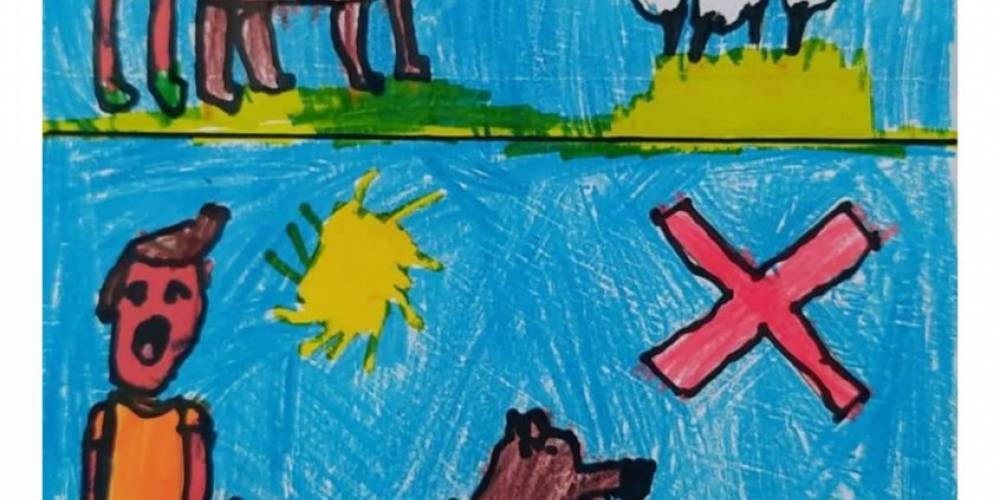 The National Sheep Association (NSA) is urging sheep farmers across the UK to update themselves with the latest guidance on how best to deal with a sheep worrying by dog attack on their flock.

As the end of the year approaches, many sheep farmers will once again look back having experienced an increase in sheep worrying by dog attacks on their flocks during 2021. And despite the shorter days and colder temperatures of winter now having arrived, the threat of attacks from dogs continues, with the festive period often seeing an increase in cases once again.

NSA Chief executive Phil Stocker comments: “The past two years have brought an increase of dog walkers into the countryside as dog ownership has soared and Covid-19 has kept many people from their usual past times. This has led to many sheep farmers across the UK reporting an increase in sheep worrying attacks by dogs on their flocks. With Christmas and New Year holidays almost upon us, it is likely many people will once again get out and about walking with their pets, placing sheep flocks at risk. In the case of an attack happening, NSA hopes its advice available online will be useful to secure the best outcome.”

To help sheep farmers know how best to act should they suffer an attack on their flock the National Sheep Association (NSA) recently posed a series of questions to PC David Allen of North Wales Police who provided some important advice that all sheep farmers in the UK should be aware of.

PC Allen is a member of the Livestock Worrying Roundtable with a number of years of experience of dealing with sheep worrying cases. Having taken questions submitted by NSA members he was able to offer valuable advice on the issue ranging from what farmers are legally able to do if a dog is caught in the act of sheep worrying to how to best trace owners of straying dogs.

The valuable advice given by PC Allen can be found on the NSA website at www.nationalsheep.org.uk/dog-owners.

Sheep farmers are also reminded of the downloadable warning signs that NSA has available on its website that can be used to inform dog walkers to keep their pets on a lead near sheep. In addition to the traditional warning signs NSA has offered for several years, the Association is now pleased to also offer a downloadable sign designed by recent competition winner Max, aged nine, from Kent. Max designed his winning sign in a recent NSA children’s competition. It is hoped the winning sign could act as an effective method of communication highlighting the serious issue to walkers passing through farmland.

NSA Communications Officer Katie James concludes: “For many years NSA has supplied free farm signs to sheep farmers to try and alert dog walkers of the risk posed to sheep and other livestock from their pet if allowed to run off lead. Unfortunately, however, NSA is aware that too often these signs are ignored. But it is hard to ignore a plea from a child and that was the thinking behind our recent competition. We were pleased to receive some fantastic entries that we believe could catch the public’s eye and shows them, through the eyes of children, the devastation that could take place if they fail to keep their dogs under control and on a lead when near livestock.”

NSA’s dog signs can also be downloaded from www.nationalsheep.org.uk/dog-owners.