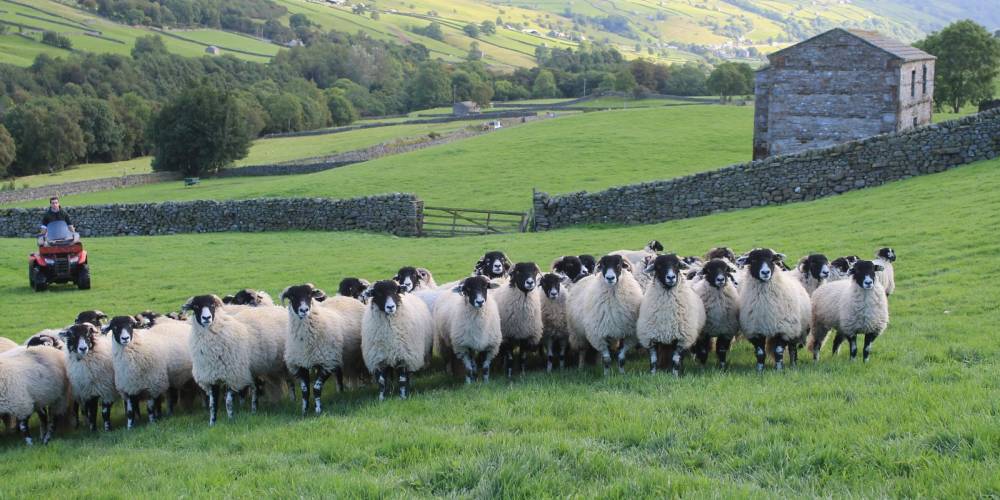 What can you do to help slow climate change? A question asked by many as COP26 gets fully underway this week in Glasgow. Frequently the answer of the mainstream media to the question is to reduce meat consumption but the National Sheep Association (NSA) is emphatically re-emphasising why this is not necessarily the answer and is urging the UK public not to continually point the finger of blame at the nation’s farmers in the climate change debate.

UK farmers do care about the environment they work in, and the vast majority understand their crucial role in protecting it for the future of the planet. Working in the natural environment and it’s changing seasons, farmers witness first-hand the effect of climate change every day. Across the UK, many farmers are already adapting their systems to deal with the consequences of change, whilst also making efforts to improve the environmental conditions of their farms for future generations.

Yet despite UK agriculture now being amongst the most sustainable and environmentally friendly in the world, the positive role it can have on climate change continues to be ignored. Global agriculture may have a concerning carbon footprint that urgently needs to be addressed, but UK farming is different to ‘world agriculture’ and has an approach that can work in harmony with the climate and good environmental conditions.  Without this being properly recognised it is an industry at risk and its many benefits, in providing local food for people, for rural communities and the wider environment, could cease to exist.

NSA Chief Executive Phil Stocker explains: “UK agriculture, and particularly sheep farming, is different because it is highly reliant on grass. The UK sheep industry operates extensively on open pasture, much of which is unsuitable for other land use. Grass-fed lamb has a far lower environmental impact compared to processed foods based on soya, almonds or palm oil, and crucially grassland (pasture) also acts as a vital carbon sink.

“Sheep used in mixed farming systems help naturally rejuvenate soil for arable crops, and farmers of all different types work hard to find a balance between biodiversity and productivity on farm, providing thriving habitats to support and protect nature”.

UK sheep farming is also far less reliant on fossil fuels than many other industries, a recognised major contributor to climate change but one that continues to be subsidised by the UK Government. Mr Stocker continues: “Fossil fuels are absolutely where the focus of change needs to be placed. Within farming considerable effort has already been made to reduce reliance on fossil fuels including reduced fertiliser use and this in part has contributed to the fact that carbon emissions on UK farms are actually reducing not growing. This surely cannot be said for many industries yet the focus of reducing climate change is still frequently directed at agriculture with sweeping generalisations made”.

NSA believes that the UK sheep sector’s extensive nature, producing a nutritious source of protein with low carbon footprint including low food miles is an essential part of a balanced diet and one that could be key to the UK’s efforts in reducing climate change.

In the lead up to COP26 the Association has shared positive examples of how sheep farmers are helping to make a difference to the environment in their local areas and on a wider scale too. To find out more about how UK sheep farming can play a positive role in climate change visit a dedicated section of the NSA website at go.nationalsheep.org.uk/environment.

Mr Stocker concludes: “For years our hard working farmers have been supported by the UK public, but there has never been a more important time to continue that support to ensure the sector has a positive future and that we don’t simply push our food production out of sight and out of mind. NSA welcomes debate and discussion so we can sustain our environment for future generations. The UK sheep farmer works as part of it every day and is already stepping up to be part of the solution. We are not the villain here, we care too, far more than the finger of blame might suggest.”