NSA has presented an Unsung Hero award since 2008, initially on an intermittent basis, but moving it to an annual award from 2022. It is exclusively for NSA officeholders, committee members volunteers, supporters and staff members who go above and beyond for the good of NSA. It was renamed the NSA Bob Payne Memorial Award in 2016, to honour the memory of Bob Payne, an NSA Trustee from Stocksbridge, South Yorkshire, who lost his battle with cancer in August 2015. Bob was himself a recipient of the award (in 2014, pictured), as an exceptional individual in NSA Central Region who, with his wife Anne, demonstrated incredible loyalty and tireless service to NSA.

Nomination process. Between 1st July and 30th September each year, NSA regional / ram sale / event committees are invited to make nominations as a 200-word written citation. Nominees must be an NSA member or staff member. Please send your written citation to enquiries@nationalsheep.org.uk. Submissions outside the nomination window will not be accepted.

The winner. Nomations are considered by the NSA Chairman and NSA Chief Executive and the winner approved by the NSA Board of Trustees. The winner is annouced each December. A physical award - typically a piece of cut glass engraved with the name of the award - is presented at an NSA or other appropraite industry event in the following calendar year. 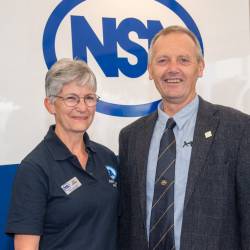 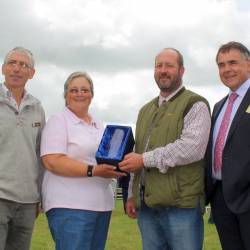 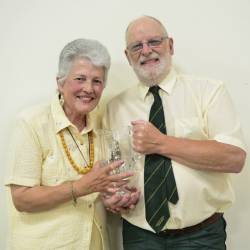 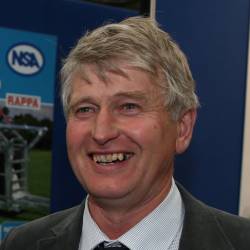 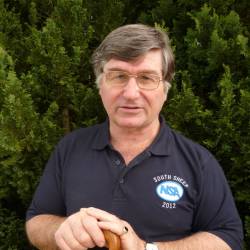