As the highlight of this year's NSA Eastern Region Winter Fair, the seminar line up featured many leading names from the sheep industry delivering thought provoking advice to the good number of visitors in the audiences.

The event kicked off with AHDB’s Nerys Wright discussing results from her study into the effects of ewe body condition score on lamb performance, revealing that a condition score one year will have future impacts on performance beyond the current lambing season. Following on from Nerys, Sean Riches from event sponsor’s MSD spoke about why good flock health is essential and how it fits with future farming strategies of farming in an environmentally responsible way that is acceptable to the wider society. Always a popular speaker, sheep consultant Lesley Stubbings drew a good crowd to speak about the role of sheep in arable rotations bringing improved soil structure and reducing inputs for the arable farmer whilst increasing lamb growth rates and controlling parasite burdens for the shepherd. The theme of sheep and arable continued with shepherd James White and Jo Hodgkins talking about their experiences of farming in this manner.

Into the afternoon, seminars continued with further interesting speakers, firstly Mike Gooding, Director of Farmers Fresh discussing potential price volatility for the sheep market but also highlighting some of the emerging markets that could offer future potential to the UK sheep sector. The final external speaker of the day was Patricia Bush, part of the Defra ELMS team who gave an update on the scheme and sought feedback from those attending on what it proposed before NSA Chief Executive Phil Stocker closed the event with another chance for attendees to hear NSA’s recent ‘Setting the sheep farming record straight’ talk on how the sector is defending itself against recent unfounded criticisms.

NSA Communications Officer, who was in attendance, comments: “On what was a wet and cold day it was nice to see some familiar faces pay us a visit on the NSA stand as well as several visitors who came to sign up to NSA membership on the day. The warmth of the seminar room was definitely the pull for most visitors who with the excellent line up on offer kept themselves warmer and dry for most of the day as they heard some interesting and thought-provoking talks.” 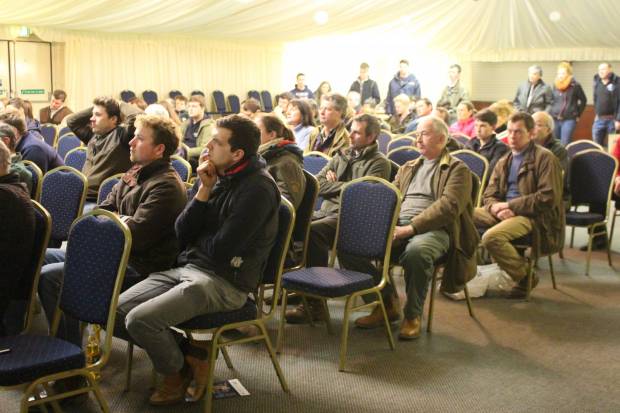